Helium Resources Limited (HRL) was established to explore for and delineate commercial accumulations of helium within the UK and Europe.

Helium has not been explored for previously in the UK. Worldwide it has generally been found by accident or produced as a by-product of large hydrocarbon gas liquefaction schemes. Traditionally, hydrocarbon gas exploration companies use helium as a carrier gas in their analytical equipment during testing, in particular gas chromatography, and therefore may not even know if helium was present. Simply by changing the carrier gas, for example to argon, it becomes possible to identify and measure helium presence. 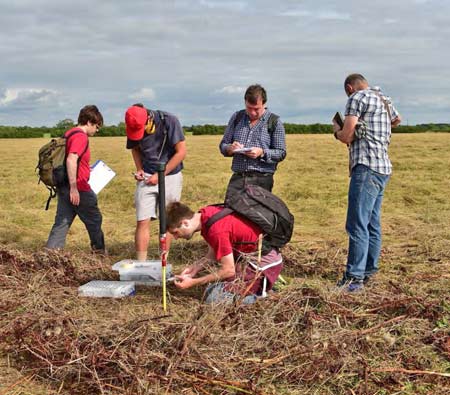 HRL has sourced many years of UK gas testing and analysis results and as a result believes it has identified a number of potential helium accumulations.

Helium occurrences are rare geologically and require the presence of ancient crystalline basement containing uranium and thorium. They also require a carrier mechanism, a tectonic event to release the trapped gas and, as with traditional gas exploration, a reservoir and seal. The chances of bringing all these circumstances together in the right place at the right time are quite rare.

HRL has honed its skills to locate such circumstances and has tested the thinking with surface studies and has applied several times for a license to drill. So far these applications have been declined, however, HRL feels passionately that the UK should be exploration for helium and continues to lobby for access to drilling licences.