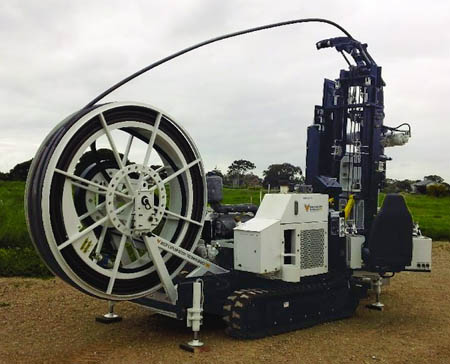 To test the viability of the helium prospect already identified by surface samples, three to five shallow wells need to be drilled each to a depth of approximately 200 metres. No fracking is involved.

Existing wells in the area show that sub-surface pressures at the target depths are very low (less than 150 psi), so well management is simple. Drilling can be completed in a few hours with coiled tubing deployed from a lightweight tractor, as routinely used for the drilling of water wells.

The environmental footprint of the operation is extremely small involving a very small site, environmentally safe chemicals and minimal noise. As a result, the social acceptability of helium exploration is considered extremely high.

The economics for small scale helium liquefaction are well established. The equipment used is small and the associated vehicle movements and noise are minimal. Buyers already exist for both the helium and any associated methane that would be produced.