Why is the world short of helium, isn't it very common?

Helium is one of the most common elements in the solar system, but it is rare on Earth. Any helium that escapes into the Earth's atmosphere is lost into space since the atoms are so light that gravity is insufficient to trap them. Helium is formed over many hundreds of millions of years through the radioactive decay of elements such as uranium and thorium, but only a small amount is produced annually. As we find important new uses for helium – such as in medical imaging – demand has grown rapidly and supply has not kept pace so there is currently a global shortage.

Where does helium on the Earth come from?

Helium is formed over many hundreds of millions of years through the radioactive decay of elements such as uranium and thorium. These radioactive elements are present in crystalline basement in the Earth's crust and over time helium is created and trapped in the Basement rocks. A tectonic event in the Earth's crust can then release the helium gas and it migrates up through the geological strata to the surface and then escapes into space. Some of the migrating helium gas can be trapped underground and these deposits are the source of the helium that we use today. 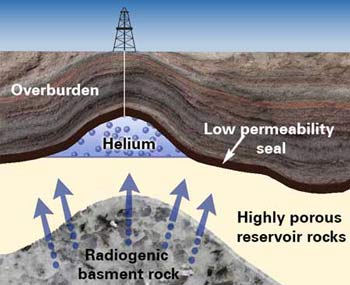 Why is helium so special?

Helium has some rare characteristics and some unique ones. It is inert (does not react chemically), odourless, colourless, non-toxic and lighter than air. But most important of all; it has the lowest melting point of any monatomic gas, making it vitally important for supercooling and cryogenics. Supercooling is at the heart of the strong magnetic fields that are needed in medical scanners and in big physics projects like the Large Hadron Collider. New clean energy sources such as nuclear fusion also depends on these cryogenic magnets.

Apart from party balloons what do we use helium for?

Party balloons only account for about 1½ % of the global use of helium. The bulk of the helium we consume today is used in medical imaging (e.g. MRI scanners), manufacture of electronics, research using low temperatures, welding, deep sea diving, purging and leak detection, and in commercial lifting and rocket propulsion. In many of these applications the special properties of helium make it currently irreplaceable, which is why some countries have banned the sale of 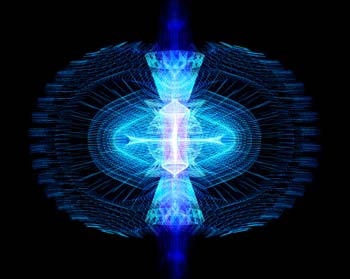 helium for party balloons which, whilst nice, are far from critically important, especially when compared to applications such as medical imaging.

Is it likely there is helium to be found in the UK?

Under the rock strata of some parts of the UK are the crystalline rocks that are known to be the source of helium. Helium has been detected in a number of boreholes drilled for other reasons and HRL has conducted soil and vent gas geochemistry surveys that strongly suggest that helium has been released from the crystalline rocks. In order to be produced in usable amounts this helium needs to be trapped in a reservoir under the ground. The next phase in demonstrating that the UK has commercial sources of helium is to drill some shallow wells to test these subsurface reservoirs.

Why do we need to look for new sources of helium?

Very little exploration for helium has been undertaken in the past. The world has had access to reserves found in the USA, largely by accident whilst looking for hydrocarbon gas, and which were stored by the US Government. Additionally, there is helium in some large hydrocarbon gas fields where a small amount of helium is trapped along with the natural gas which is being produced. The supply from the US strategic reserve is no longer available for export and it is difficult to replace those quantities from other sources since, due to global warming, the demand for natural gas is declining, not growing. Without producing and liquifying the natural gas we can't extract the helium that comes with it. Demand for helium, especially in medical imaging, continues to grow at a rapid rate and therefore there is a significant supply deficit which is expected to continue to grow for the next decade at least. 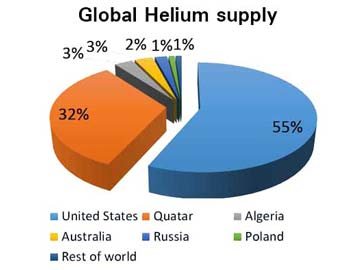 Who supplies the helium we use in the UK?

The UK currently imports all the helium we use. This comes mainly from the USA and Qatar. The US supply is reducing rapidly and the Qatar supply has recently been interrupted by unrelated political action by Qatar's neighbours. There are plans for a new source in Russia, but those plans are delayed and much of that supply is expected to go to China. Any market which relies on a small number of suppliers is inherently volatile and as a result supply insecurity is to be expected. Since the UK has no stockpile of helium and no indigenous source, we are extremely vulnerable to global supply shocks.

If there is a shortage, how will that affect us?

Currently there are many uses of helium in high-tech research, medicine and manufacturing for which there is no substitute. Whilst replacements for helium in superconducting may eventually be found the large installed base of current MRI machines means that, in the short to medium term, any reduction in helium supply will have an immediate impact on the availability of medical diagnoses. The shortage will also have a marked impact on price, which has already risen 200% in the last 10 years, and that will put NHS budgets under further stress. Some important world leading UK research will also be curtailed and indeed users at universities and research establishments are already being rationed. Consumer electronics such as optic fibre, mobile phones and computer disk drives will all get more expensive.

Can we do more to conserve helium?

Helium is very difficult to trap as the atoms are small and mobile and as a result it tends to be lost during its use. Greater efforts can be made to capture these small leaks and to recycle the helium for further use. Recycling is, however, not common on small installations, such as a single hospital MRI scanner, and would generally be uneconomic to retrofit in such situations. Nevertheless, more emphasis on recycling is to be greatly encouraged and in addition we should seriously consider banning unnecessary uses, such as in party balloons.