Helium is a colourless, odourless, tasteless, non-toxic, inert, monatomic gas. When pressurised enough it becomes liquid. It has the lowest boiling point temperature of any element at just 4.2 Kelvin ​(−268.9 °C) and is the only substance that remains as gas virtually until absolute zero.

Despite being the second most common element in the universe it is extremely rare on Earth and only in exceptional circumstances does it occur in sufficient abundance to be commercially exploited. It first became available on the open market in 1928.

The helium in the Earth's atmosphere constantly escapes into space as it is too light for our gravity to hold on to it. It is only in the air around us as it is constantly resupplied from either radioactive decay within the Earth (mainly thorium and uranium) or entering as cosmic rays, of which about 9% are helium nuclei.

It is estimated that the Earth produces around 3,000 metric tons of helium a year and we currently used around ten times that volume annually. In this regard it is not a renewable resource, although if in the future we are able to run large scale fusion reactors for energy then we will, for the first time, be able to manufacture helium.

When helium approaches absolute zero it condenses to a liquid (a super fluid) with remarkable properties – it flows with absolutely zero friction and can climb up out of the walls of containers and pass through normally impermeable barriers.

Unless subjected to extremely high pressure, helium does not solidify - it takes 25 atmospheres of pressure at a temperature of just below 1K to reach a solid state. At room temperature it would require over 100,000 atmospheres pressure to solidify. 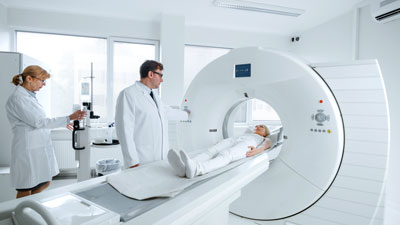 
Some physical properties of helium 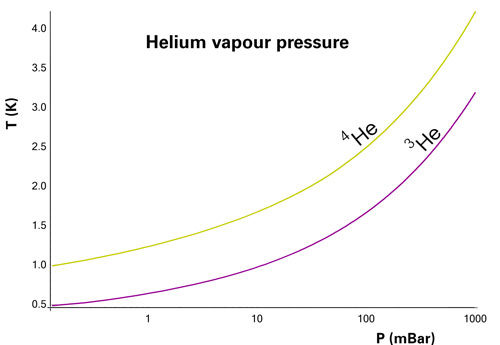 The known isotopes of helium contain from one to six neutrons, so their mass numbers range from three to eight. Of these six isotopes, only those helium-3 (3He) and helium-4 (4He) are stable. The others are radioactive and rapidly decay into different products. The 4He isotope is most common and is the one widely used in industry.

Vapour pressure of Helium 3 and 4