The history of helium 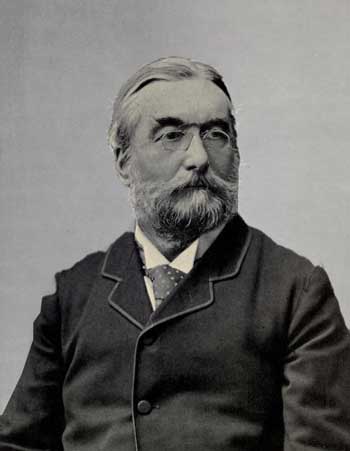 Helium was first identified in 1868 by English scientist Norman Lockyer studying the spectrum of the sun and the new element was named after the Greek name for the sun "helios".

It took until 1882 for helium to be seen directly on Earth when Luigi Palmieri saw its yellow spectral line in his data while analysing lava from Mount Vesuvius. Helium's presence on earth was later proven by experiments by Scottish chemist William Ramsay on the gases emitted from cleveite, a mineral that includes uranium.  By 1895 researchers agreed that helium was indeed present on Earth, as well as the sun.

Ramsay eventually demonstrated that helium was a by-product of the radioactive decay of radium, and it was added to the periodic table and now sit on its far-right side at the head of the noble gases, a position that reflects a filled outer shell of electrons. This is a very stable electron arrangement and explains the low chemical reactivity of the noble gases, with helium the most un-reactive element of all.

In 1903 the first major discovery of trapped helium was made at Dexter, Kansas and that ultimately lead to the creation of the US Strategic Reserve, which has provided a major cheap supply of helium in recent years, but is scheduled to close no later than 2021.

Helium found little use until the outbreak of the First World War (WW1) and the threat from Zeppelin airships focussed UK and US military attention on lighter than air gases. Helium didn't match the lifting power of hydrogen, but importantly did not burn if struck by enemy fire. In 1917 when America entered WW1, the Bureau of Mines issued contracts for the construction of three helium extraction plants. For decades the US produced far more helium that it used, with the surplus stored underground in depleted methane gas fields.

Today helium has become an essential coolant for the ultra-low temperatures demanded by the superconducting electromagnets used widely in hospital MRI machines, the LHC (Large Hadron Collider) and a host of other imaging systems and scientific applications.

Additionally, helium's inert nature makes it ideal for creating protective atmospheres in the production of fibre optics and semiconductors, as well as for arc welding, supersonic wind tunnels, leak detection and in pressurising rocket fuel tanks.

The special properties of helium have made it both essential and hard to replace in many modern commercial and research situations and as a consequence its value and criticality has risen radically.