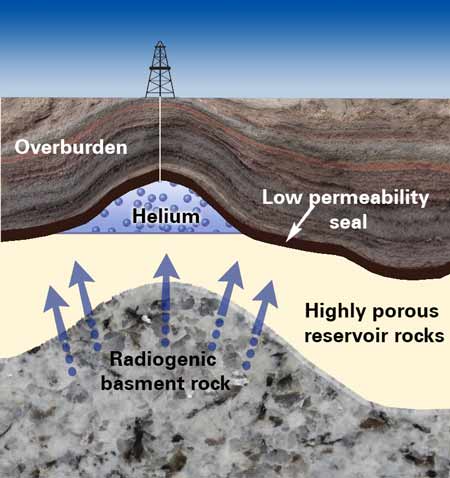 The exploration for helium is in its infancy. The global supply of helium has so far been provided by a number of finds in the USA, the early ones made purely by chance whilst exploring for hydrocarbon gas, and as a by-product of methane production and liquefaction in a small number of LNG schemes worldwide.

The factors that lead to successful helium exploration are now becoming better understood and new areas of the globe are being actively considered for targeted helium exploration. Some of the ground-breaking work has been conducted by teams lead by Professors Ballentine and Gluyas, who are associates of HRL for exploration in Europe.

Helium is the decay product of uranium and other naturally occurring radioactive elements. The rocks that contain these radioactive elements tend to be granites. The decay process is slow with half-lives measured in hundreds of thousands to hundreds of millions of years so the sources of most helium are very old plutonic granites that have been emplaced in the earth's crust billions of years ago. In order to release the helium trapped in the granite a more recent heating or tectonic event is needed. 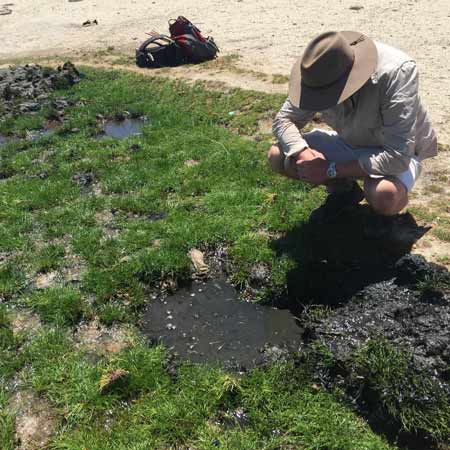 Once released from the source granites the helium will migrate upwards and emerge at surface through the soil or at seeps. Once in the atmosphere the helium will continue to rise, as it is lighter than air, and be lost in to space. However, in favourable conditions the radiogenic helium may be trapped in the subsurface in a porous reservoir rock below an impermeable seal. Helium in this situation may be combined with other naturally occurring gases; such as nitrogen or carbon dioxide, or with hydrocarbon gases such as methane.

Exploration often starts with looking for active seepage; either micro- or macro-seeps, and then focuses on locating the subsurface traps where helium may be confined. As with hydrocarbon and other minerals, exploration techniques such as gravity, magnetics and seismic can be used to form an image of the subsurface before the drilling of boreholes which allow the subsurface fluids to be tested. Concentration of as little as 0.2% helium may be commercial in the right setting, however, ideally helium percentages over 2% are sought.